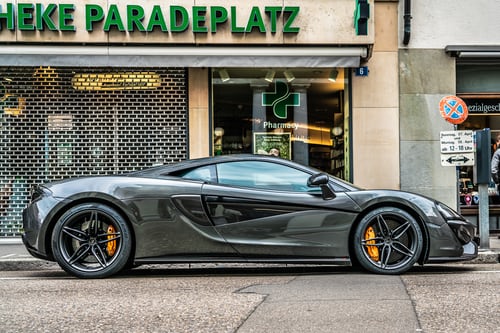 The exhaust system’s role is to eliminate the gases emitted by engine combustion. An exhaust system is basically a tube that extends from the rear of the engine to the back of the car. It involves the catalytic converter, which aids in the cleaning of gases, as well as other components. There are five types of exhaust systems that are widely used on automobiles. Some of them are good for standard vehicles, while others are better suited for vehicles with high-performance engines.

The most popular form of exhaust system is the single exit type, which is commonly found on dealer-purchased cars and trucks. There is just one exhaust pipe, as the name suggests. These are commonly found because they are the easiest to create and mount. This does not inherently imply that they are the most effective exhaust systems, but this is compensated by the cost savings to the manufacturers. The pipe would invariably exit the vehicle on the passenger side.

Dual rear exit vent systems are targeted at the sportier side of the range, or at least at those that want to make their cars look and sound sportier. It adds a stronger note to the exhaust, making the car sound like it has a big machine. Under the rear bumper, there are 2 exhaust pipes on opposite sides of the car. They are more effective than single exit pipe exhaust systems at ejecting the gas. Unlike some other systems, the pipes don’t curve around the wheels.

High performance exhaust manifolds are more costly, but they pump out gases more efficiently. They are not normal but are installed as aftermarket products. In certain situations, they can improve the vehicle’s efficiency and performance. A larger exhaust pipe can minimize strain, which improves engine efficiency. Few individuals are willing to spend the money needed to build true high-performance exhaust, which require manifold modifications. Instead, most people prefer devices that look and sound fine.

The dual side exhaust is just as it sounds like, with dual exhaust pipes on one side of the vehicle beside each other. It is more effective to eject the gases through 2 pipes. Since the pipes are always narrower than in single exhaust, the sound is stronger. They appear and sound like high-performance systems, and they do have some performance boost. They do so at a fraction of the cost of high-performance exhaust systems.